Tri-County Sportsmen’s League runs monthly IDPA matches on our pistol ranges. These matches are usually on the 4th Saturday of the month. We hold matches from March through October, so please remember to dress appropriately for the weather. These matches are open to the public. To learn more about IDPA, please visit the official IDPA site.

IDPA is a Safe and Fun shooting sport where practical defensive equipment is used in simulated self defense scenarios.

This an action shooting sport the is designed to help keep shooters keep practiced and proficient in defensive handgun skills.  Our matches consist of at least 4-5 courses of fire (or "CoFs" as they are called).  These are a series of simulated defensive scenarios that let you shoot at targets at typical defensive distances.

Since IDPA simulates real world self defense situations, including concealed carry, some, or many of the CoF's will begin with the gun concealed. The draw on those stages will be made from concealment. If the shooter chooses not to draw from concealment, a Procedural Penalty will be given. 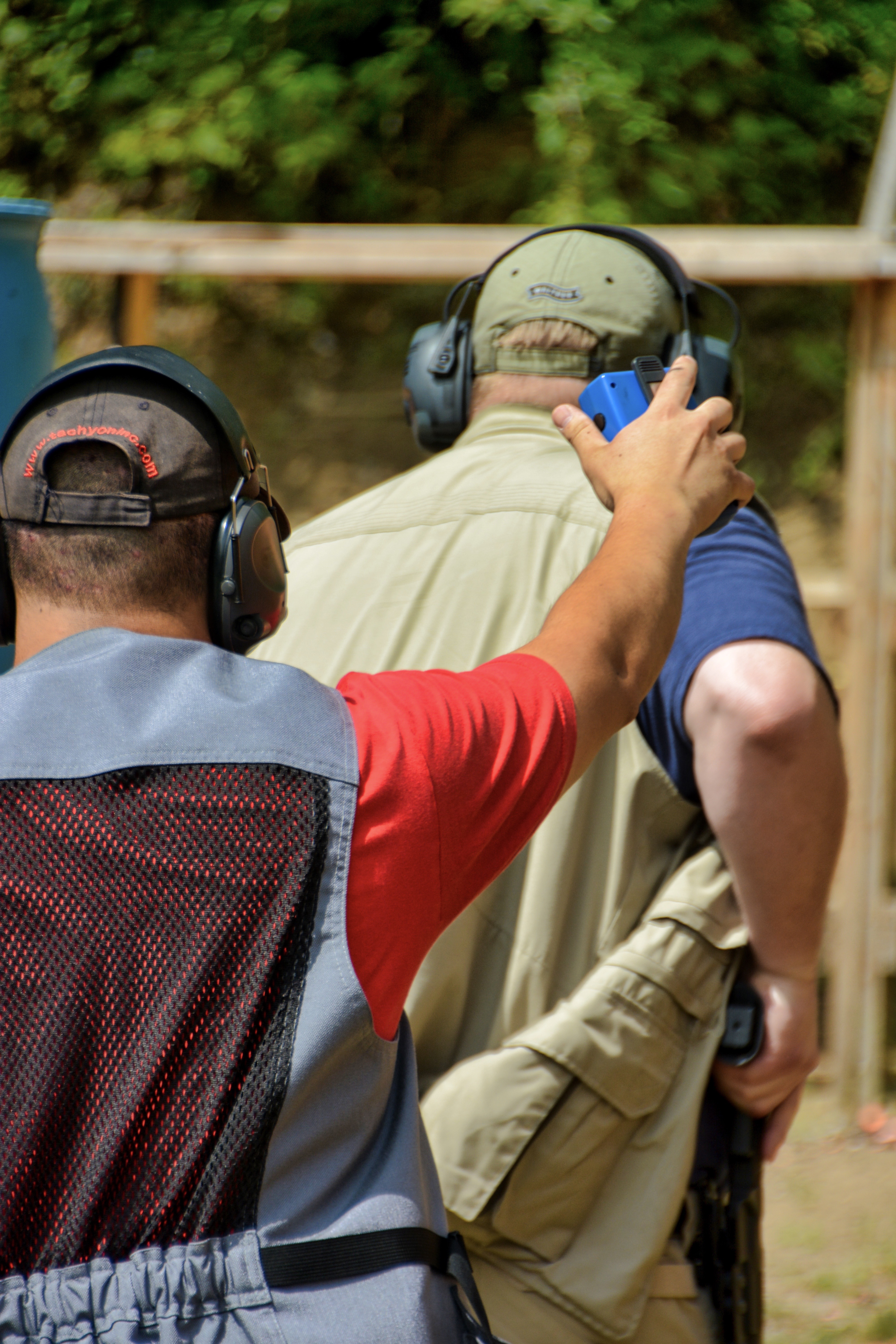 These courses of fire will let shooters:

What to do when you show up for a TCSL IDPA Match:

The Shooters' Meeting and Walk Throughs: 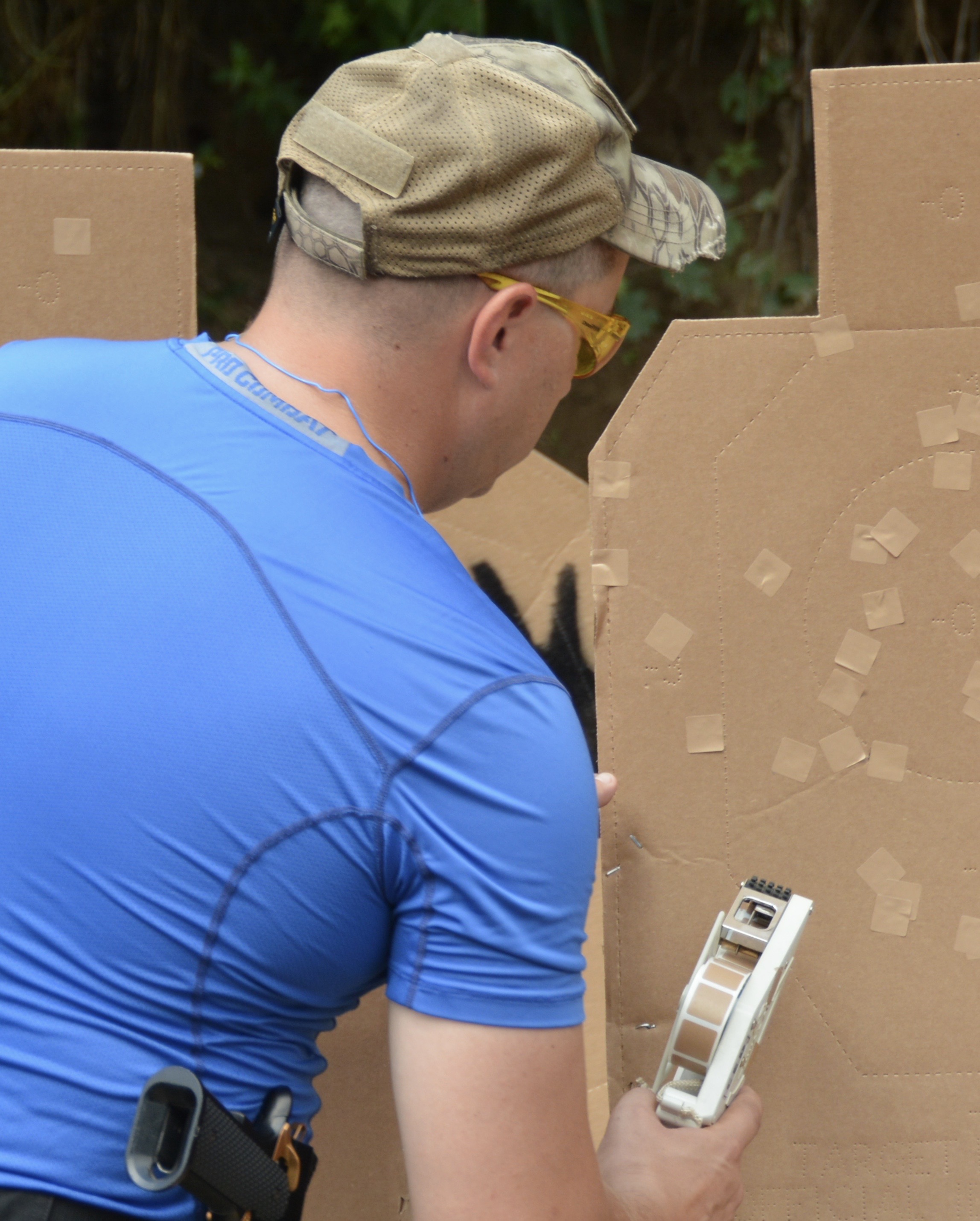 REMEMBER: TCSL IDPA events will be run on a COLD range.

What if I come to the range with my CPL and am carrying hot (i.e. loaded firearm)?

What Equipment do I need? 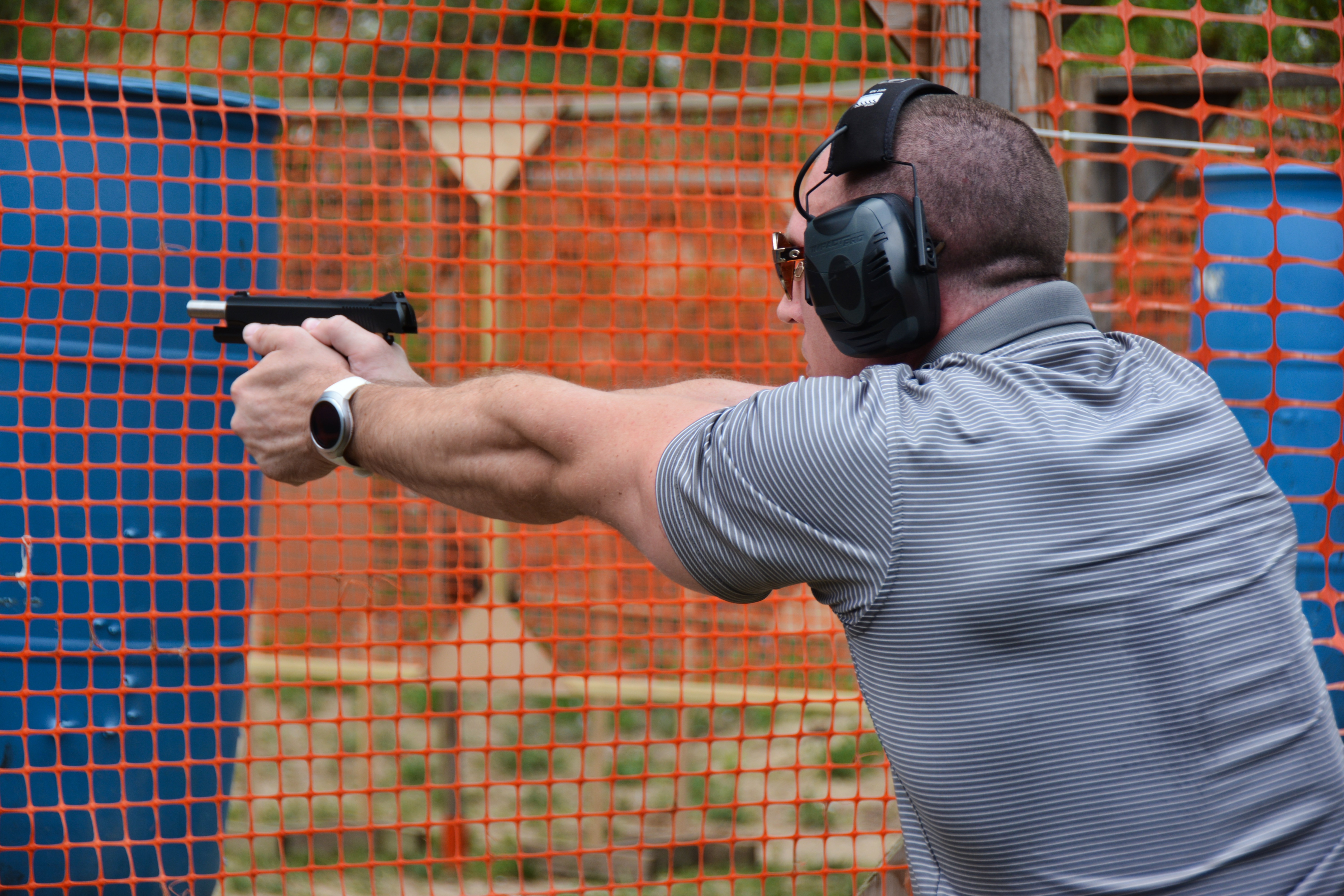 There are a few basic shooting skills that the new shooter should know or be learning. Shooters should have the following basic knowledge and skills in order to safely shoot in our matches:

How is an IDPA Match Organized?

The Safety Officer may ask to see your firearm. He/she will give you specific instructions on how to hand it over. The Safety Officer may give the firearm a quick safety check to see that the gun functions properly, including any safety mechanisms built into the gun. You may not shoot a match with unsafe equipment or firearms with safety device intentionally disabled.

The Safety Officer will want to see your firearm as it sits in the holster. He will be checking for safe holster design, and to see whether the trigger is completely covered when the gun is in the holster. You may not shoot a match with unsafe equipment.

The Safety Officer will explain what is meant by muzzle control. The muzzle must point in a safe direction at all times. This includes during the draw, when shooting, when moving, when doing reloads, or when clearing a malfunction. If the muzzle of a shooter's gun sweeps the shooter, past a person, or up-range, the shooter will be disqualified on the spot.

Any time a shooter's gun goes off and the muzzle is not pointed directly at a target, it is considered a Negligent Discharge (ND). The shooter may be disqualified from the match for a ND.  NDs can be dangerous, and the shooter responsible for a ND is grounds for a match disqualification.  Remember - unsafe gun handling will get a shooter DQ'ed from the match.

If a shooter's gun is dropped on the ground, DON'T TOUCH IT.  Only the Safety Officer may pick up a dropped gun. The gun will be made safe and returned to the shooter, and the shooter is disqualified.

A "HOT" range is one where the shooter's guns may be loaded at all times. This is not unusual since IDPA simulates concealed carry type situations.

A "COLD" range is one where the shooter's guns are not loaded until the shooter is at the firing line of a shooting stage. The shooter must show the Safety Officer that the gun has an empty chamber and empty magazine well at the end of each stage.

The standard IDPA target is made of cardboard and is roughly a man sized silhouette.

The target has four scoring zones on it, marked with perforations in the cardboard.

There are two traditional ways of distinguishing threat and non-threat targets. The CoF description will show how to distinguish between them.

Typically it takes 2 shots to neutralize a target, however the CoF description will advise how many shots are required for each target. The shooter is penalized 10 points or 5 seconds for each threat target that is not neutralized.

Sometimes the targets are steel targets, or some other target. The CoF will explain which things are targets, and how to neutralize them. 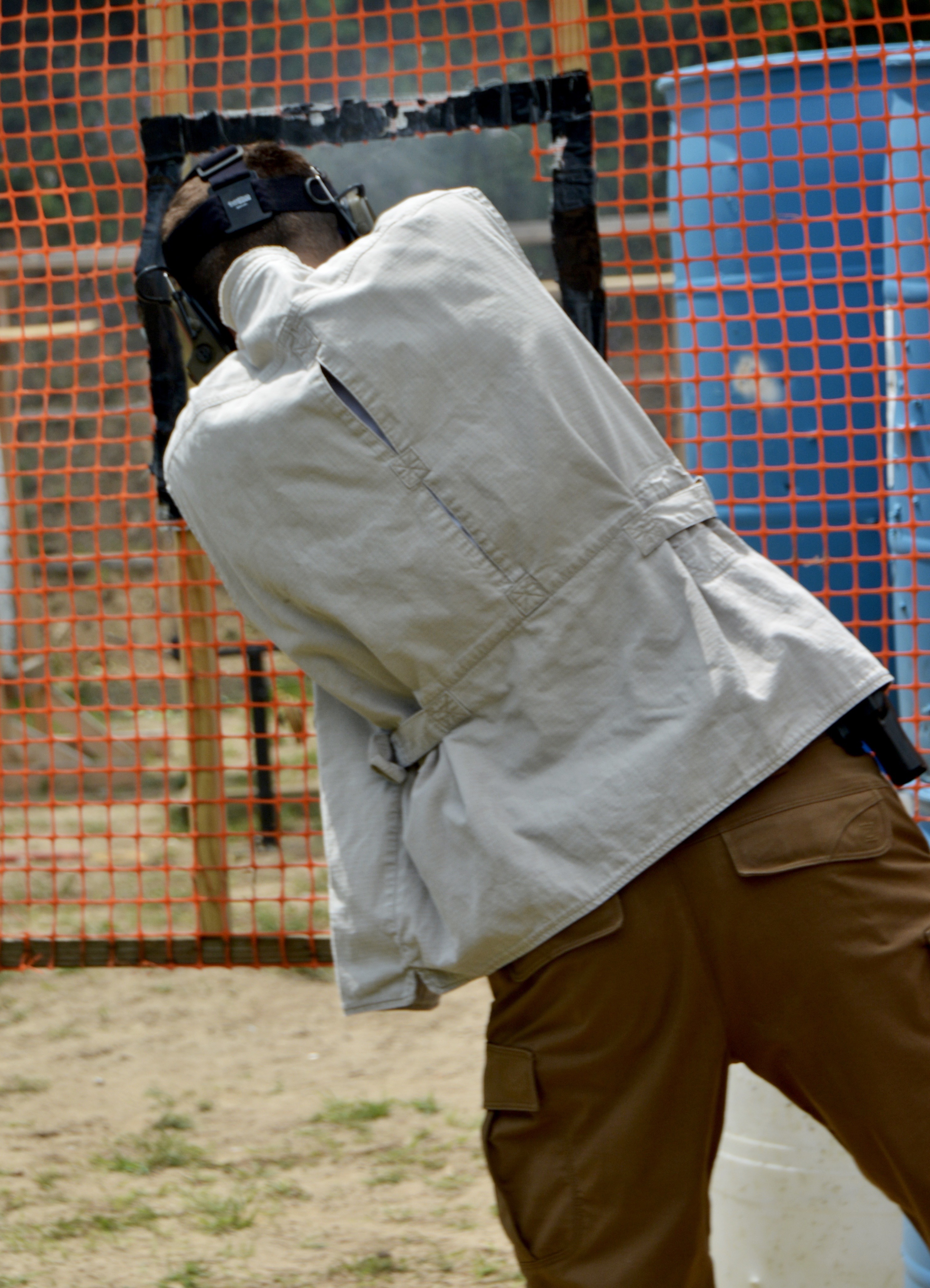 Because IDPA simulated real world self defense situations, the shooter must make use of available cover and concealment. 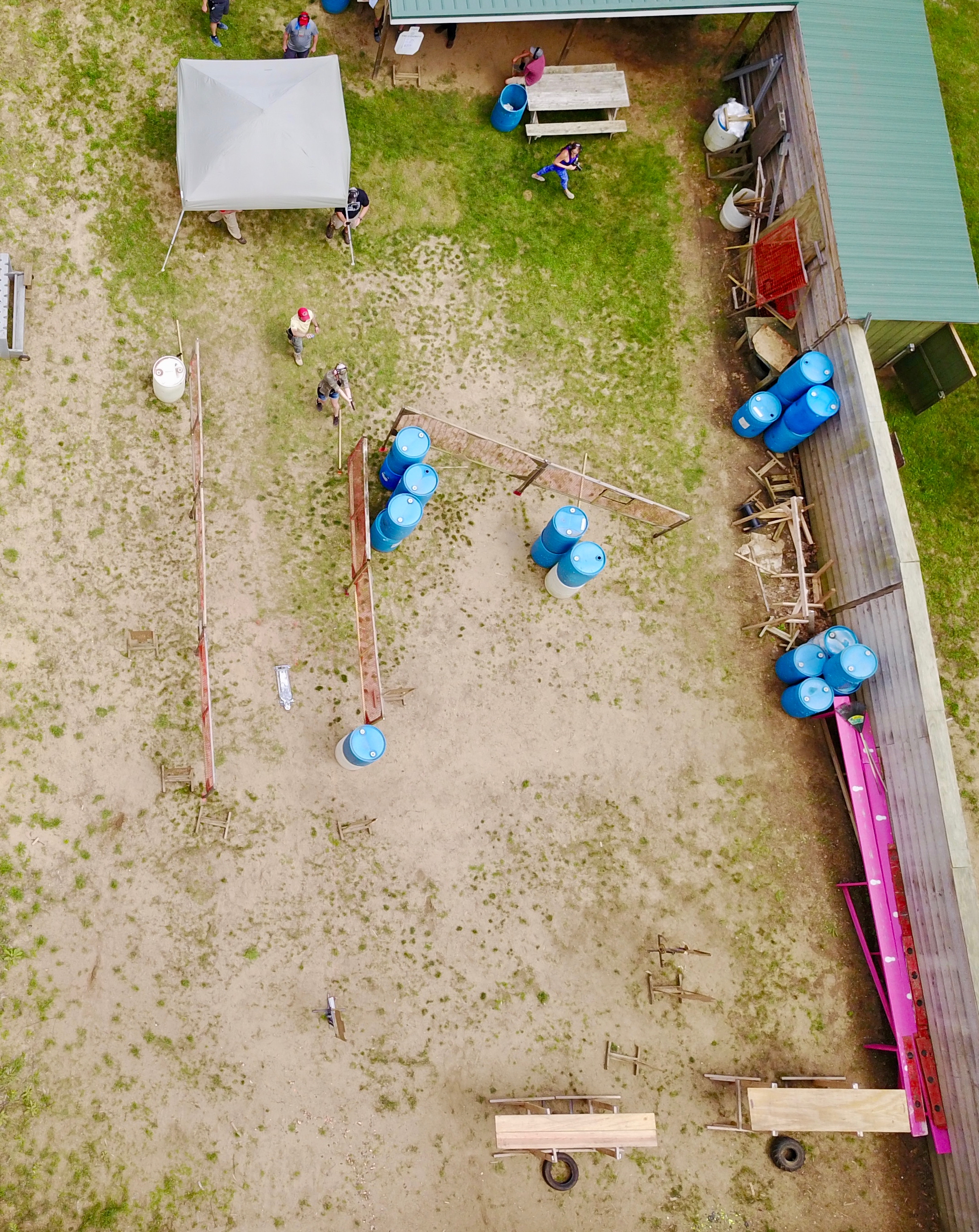 Failure To Do Right

Within IDPA there is a Failure To Do Right (FTDR), penalty. It is only given in those rare instances where a shooter tries to circumvent the rules or intent of IDPA. For example, a shooter is purposely loading 14 rounds into his/her magazines, instead of the maximum of 10 would get a FTDR. A FTDR is a 20 second penalty for that stage.

Within IDPA there is a Procedural Penalty. It is given in those instances where a shooter does not follow the CoF description, or does not use cover, etc.

For more information about the IDPA program at TCSL - download the informational flyer (2 pages):

Do you have any questions?

This email address is being protected from spambots. You need JavaScript enabled to view it.